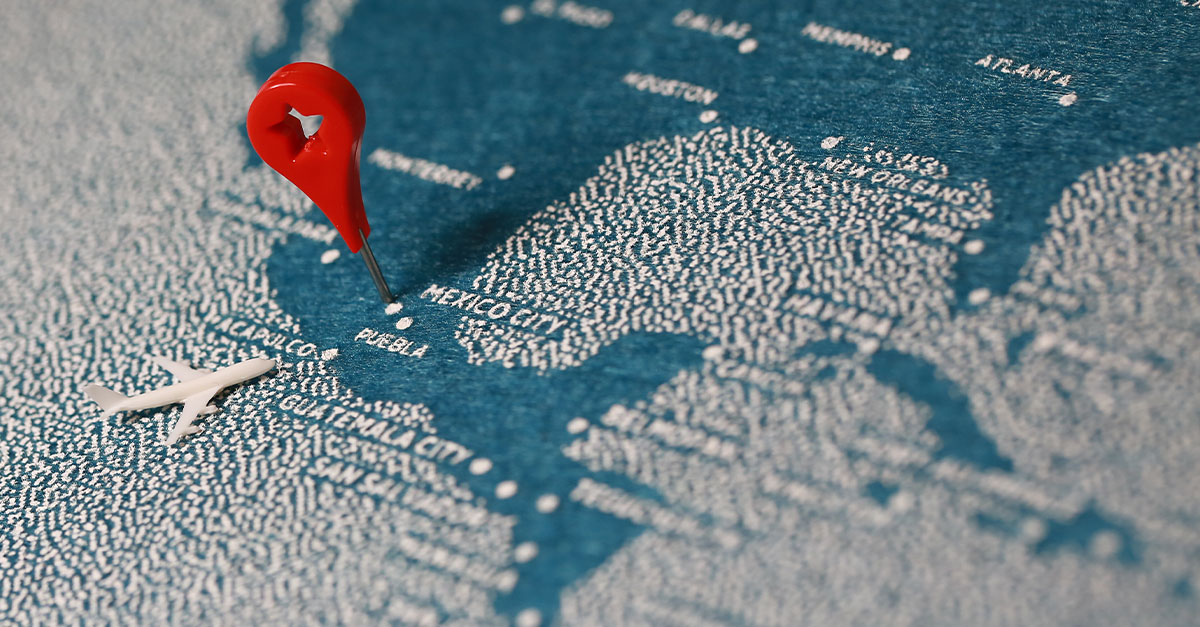 It was a relatively small and inexpensive spare — a 20-kilo part for the main air compressor, worth about $700 — but what a journey it had chasing down a vessel making its way up through the Americas.

When the call came in, there was plenty of time. The vendor assured Horizon routing specialist Nick Scotto that the part would be ready for pickup in Singapore on a Friday, giving us ample time to meet the vessel in Chile the following Wednesday. But that timeline was not to stand.

“The vendor was unable to give us the freight until Tuesday of the following week,” says Scotto, “so we had to urgently airfreight it to Chile where one of our agents was ready to collect it, clear it, then deliver it onboard the vessel.”

There were no direct flights available from Singapore to Chile, so Scotto routed the part through Amsterdam. In Amsterdam, COVID-related delays put the flight to Chile three hours behind schedule.

“With our new timeline, those three hours were crucial,” says Scotto. He alerted the agent to the situation, then got on Google Maps to see how long the drive from the airport to the port would take. The vessel was due to depart about three hours after the plane was scheduled to land in Chile, and the drive would take almost exactly three hours… without traffic.

Scotto kept searching and discovered there was some road work along the way, creating about a 15-minute traffic delay. He got on the phone to the client, telling him, “You’re going to have to delay your departure maybe 15 minutes in order to get this piece on board.”

In what would prove a fateful decision, the vessel’s agent declined to wait. Their main air compressor was currently running fine, they just didn’t have this spare onboard should something go wrong. He asked Horizon instead to simply connect the part to their next port.

The Risks of Running Without Spares

Scotto knew how important the spare was to the ship. A graduate of the U.S. Merchant Marine Academy, he had worked on three vessels before coming to Horizon: the car carrier GREEN COVE, the bulk carrier OVERSEAS MYKONOS, and the container ship APL GUAM.

On the ships he worked, the chief engineers made sure to carry crucial spares for the main air compressor. “We always had anything that was important,” he says. “You have two or three of them. It’s never, ‘If this breaks, we’re floating around.’ Engine emergencies are very common on most vessels. You can’t let it stop the operation.”

“You can run without the main air compressor,” Scotto says, “but you’re playing around with a dangerous situation. It puts a lot of pressure on the other parts of the engine. And when you put pressure on where it’s not supposed to be, you have things break that would usually operate fine. It would be a series of events of main engine pieces failing.”

Not wanting that to happen to the client, Scotto quickly got to work rerouting the crucial part.

Out of Chile and Onward to Ecuador

En route to Ecuador, the vessel’s main air compressor failed. Without the spare, they were unable to repair it.

“So they were limping along,” says Scotto. “They didn’t want to stop. This vessel loses about $20,000 a day when they’re behind.”

Unfortunately, with the part already in Chile, export customs would take another three to four days.

“We were pushing our way through export customs,” says Scotto. “I think I made three or so phone calls every day, to multiple people in the region, getting an understanding of what was going on and how we could speed things along.”

The customs process in Chile is not very efficient. Multiple people needed to stamp the paperwork, all of them in different areas. Horizon’s agents were carrying the paper back and forth between offices to move things along as fast as possible.

“They worked in shifts,” says Scotto, “and they would wait 24/7 at the customs agency offices, getting whatever they needed to expedite the export.”

By the time the part was finally cleared for export, Horizon had three to four days to get it to Ecuador: once again a very workable timeline.

Scotto arranged for a courier service to pick the part up in Chile and deliver it to Ecuador. Because of the low monetary value of the spare, the courier service wouldn’t have to get import cleared. The schedule was looking good.

An Early Departure from Ecuador

“And then, the next morning, I get a call from the client,” says Scotto. “‘The vessel’s in Ecuador now and leaves in a few hours. When’s the piece arriving?”

It turned out that there had been a miscommunication between the vessel’s charter and management companies about the main air compressor problem.

“Instead of waiting at anchor for a couple days as planned,” says Scotto, “they were bumped up in their schedule load. They brought them right in.”

The good news: Scotto got on the phone to the courier immediately and managed to get the part pulled in Panama for rerouting to the vessel’s next port. The bad news: The next port was the Port of Manzanillo, in Mexico.

“In freight forwarding,” says Scotto, “Mexico is a bad place to go.”

In Mexico, it typically takes one to two weeks for spares to clear customs, with capricious decisions by government officials making it difficult to predict how long it might take or how difficult it might be.

“In most countries, you can deliver something in bond,” says Scotto, “which is an agreement that it’s leaving the country, so you don’t have to pay duty on the value. That’s common practice in just about every other country we’ve delivered in. In Mexico, they don’t have that. Wait three weeks and then fork over 30% of the value to the Mexican government. I don’t understand why they operate like that, but that’s just the understanding.”

It’s why Horizon typically advises clients to take delivery in neighboring countries. But with each day’s delay putting the vessel’s main engine at further risk of catastrophic failure, we had to find a way.

We didn’t have an existing relationship with an agent in Mexico, so Scotto reached out through his network and connected with a trusted agent. Over several phone calls, they discussed how to move the spare through customs as rapidly as possible.

When the piece arrived in Mexico City, the agent explained, “We either get lucky, or we don’t.” Customs randomly chose what to inspect, and inspection would come with delays.

But after a short delay, the part was cleared and the courier service took it to Manzanillo, where it was released to Horizon’s agent.

It was late on a Wednesday afternoon, and Scotto was driving home from work. Notified that the spare had finally been cleared, he called up the agent in Mexico.

“He was very happy to finally get this piece,” says Scotto. “I asked him, ‘When are you delivering?’ And he said, ‘I’m going to drive it to the port myself right now, and it should be onboard tomorrow morning.’ The vessel’s departure was scheduled for Monday morning, so it was perfect. We had plenty of time.”

“So I let the client know. And then I got another call from the agent that night, and he said, ‘Unfortunately, the customs here is requiring more paperwork in order to expedite this delivery.’”

Government officials were holding the spare at the port. A tense few days followed, with Scotto in constant communication with the agent. Then, on Sunday night, they finally released it. The agent delivered it onboard with only hours to spare.

The vessel’s main air compressor was soon repaired, and it sailed out on schedule once again.

After finally bringing a 26-day routing to a successful resolution, Scotto got right back to work on the next delivery.

Don’t be caught without critical spares. Whatever you need, wherever in the world you need it, we’ll find a way to get it onboard. Contact us anytime and let us know how we can help.

Expanding Horizons
Scroll to top
Subscribe to our Newsletter