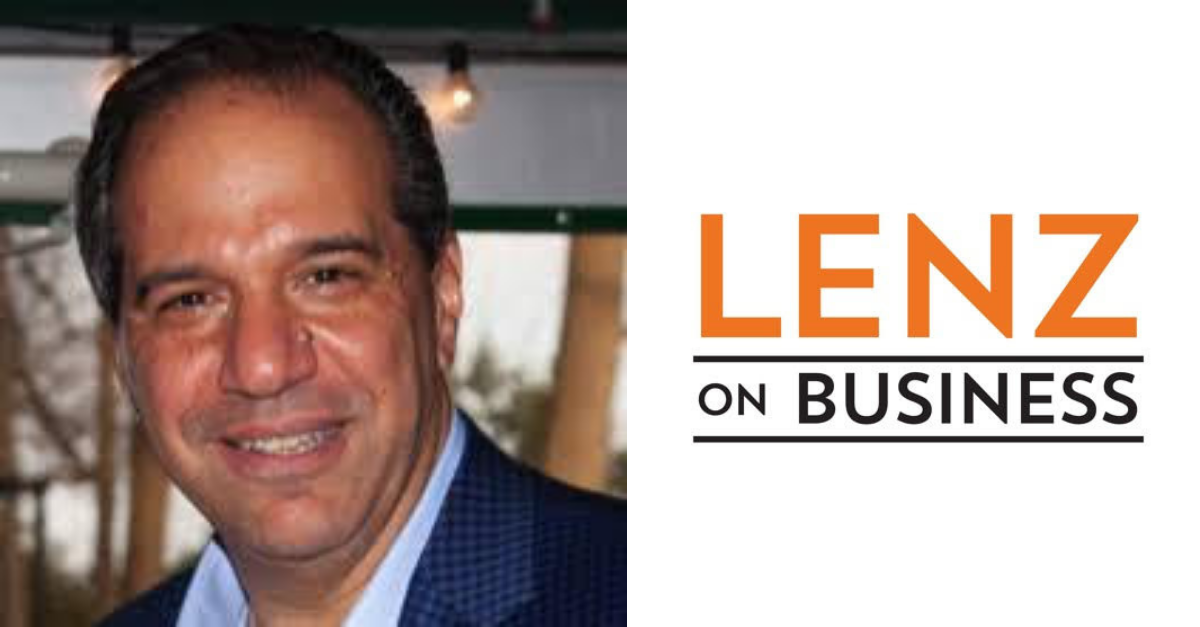 Horizon CEO Steve Leondis recently sat down for an in-depth interview with “Lenz on Business,” a weekly business radio show that airs on WSB Radio, home to the largest news-talk audience in the country. In a far-ranging conversation, Leondis and host Jon Waterhouse discussed the founding of Horizon Air Freight in 1970, the company’s growth over the past 50 years, and his work with daughter Devon to help vulnerable children in Ghana and Zambia.

On His Family Immigrating to America

Steve’s father, Anthony Leondis, and his mother came to America in 1956 with Steve’s three older siblings. (Steve was not born yet.) Although of Greek and Italian origin, the family immigrated from Sudan.

“They wanted to give their children a better education,” says Leondis.

The Leondis family settled in Brooklyn, where Steve’s father was soon working three jobs while his mother worked at the post office and took care of the children. The days were long, but they knew they were giving their children opportunities to pursue the American dream.

On Starting Horizon with a Typewriter and a Delta 88

Anthony still wanted more for his family. He wanted them to live comfortably while doing good work in the world. So in 1970, he borrowed $600 from a friend, rented out a tiny office near JFK airport, and started Horizon Air Freight,

“He knew a little bit about freight and about the shipping industry,” says Leondis, “so he leveraged some contacts and began to move ship parts.”

In the early days, Anthony worked alone, often driving to customers in his Oldsmobile Delta 88 and filling out orders with a typewriter he kept in the car. The business was challenging, but Anthony started to build a name for Horizon and soon had to hire more staff to handle all the work.

On a Good Education and Lessons from Basketball

Fulfilling his parents’ hopes when they came to America, Leondis was accepted to Yale University and joined the basketball team. In 1980, he was named Ivy League Rookie of the Year and went on to score the third-most career field goals in Yale history.

“This was back when we were wearing leather Converse and there was no three-point line,” says Leondis.

The discipline, dedication, and teamwork he learned playing basketball would stick with him long after Yale.

“It helped me immensely as I navigated into the business career,” he says.

Seeing how basketball had helped his own success in life, in 2006 Leondis founded “Hoops on the Hill,” a non-profit organization that empowers at-risk teenagers and helps them develop their potential.

In 2020, Leondis was named one of the Legends of Ivy League Basketball in recognition of his college basketball achievements, business success, and contributions to his community.

On Joining the Family Business

Leondis wasn’t sure at first if he wanted to join the family business. His two brothers and sister were already working there while he was at Yale, and he considered striking out on his own. However, in his junior year, his father came and asked him to work for Horizon for just one year after college, to give it a chance. If he didn’t like it, he could pursue whatever he wanted instead.

Leondis agreed and started out learning the business from the bottom up. His first job was at a warehouse, loading trucks and receiving cargo. He soon discovered that he liked the business and enjoyed working in its family environment, a culture in which not only his actual relations but everyone who worked there was treated like family.

Over time, he gravitated toward operational and sales roles, and he helped lead the company’s growth. When his father was ready to retire, Leondis took over as CEO in 2014.

On Giving Back With His Daughter

On a family trip back to Africa to see where the Leondis family had come to America from, Steve’s daughter, Devon Leondis, was inspired with a “burning desire to help vulnerable children and orphans in Africa,” says Steve. “She raised money for her sweet 16 to provide fresh drinking water wells in Ghana.”

Wanting to do more, she went on to found Project Nyame Nsa. (The name means “God’s helping hands” in Twi, the dominant dialect of the Akan language in Ghana.) Steve sits on the board of directors.

The organization is dedicated to building villages with holistic support services for vulnerable and orphaned children in remote areas of Africa. They have completed their first project in Ghana and have one now underway in Zambia.

“It’s very dear to my heart,” says Leondis. “People should give back in this world.”

Listen to the Full Interview

If you’d like to hear more of the conversation, listen to the full interview at Lenz on Business.

Lenz on Business is presented by Georgia College’s J. Whitney Bunting College of Business. Listen live on Saturday nights at 6 p.m. on News 95.5, AM 750 WSB, and WSBRadio.com. Reach out to us to learn more about how we can bring our service and experience to you.

Pulling Rabbits Out of Hats to Connect the World